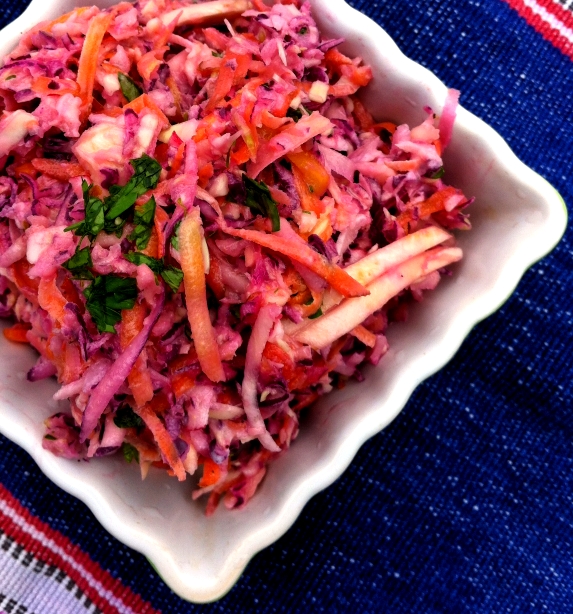 I watched Jamie Oliver make this Winter Veg Slaw the other day, when he and I were hanging out chatting in the kitchen, and it looked so good, I had to try it out vegan style.

And by hanging out in the kitchen, I mean that I was sitting on the couch, not far from the kitchen…

And by chatting, I mean that I was talking to the television from which Jamie Oliver’s 2D image was being transmitted.

It took me a few tries to find the right blade on the food processor so my veggies are a little inconsistent in length and thickness but it still tastes pretty damn good.

Also, Jamie’s recipe is super healthy and awesome but I added a couple of tablespoons of vegan mayo to mine for creaminess and also because I’m evil.

Shred the carrots, fennel, and your choice of radishes, beetroot, turnip or celeriac on a mandoline, or use the julienne slicer in your food processor. Put the veg into a mixing bowl. Slice the cabbage, onion and shallot as finely as you can and add to the bowl. In a separate bowl, mix half the lemon juice, a lug of extra virgin olive oil, the chopped herbs, yoghurt, mayo, and mustard. Pour this dressing over the veg and mix well to coat everything. Season to taste with salt and pepper and the rest of the lemon juice if you like. 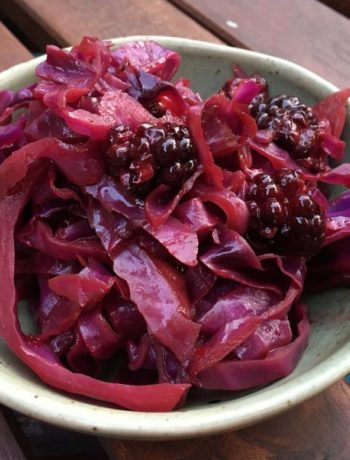 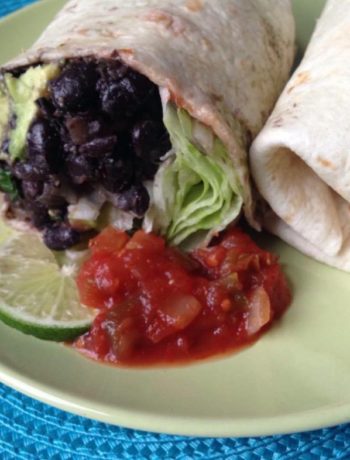