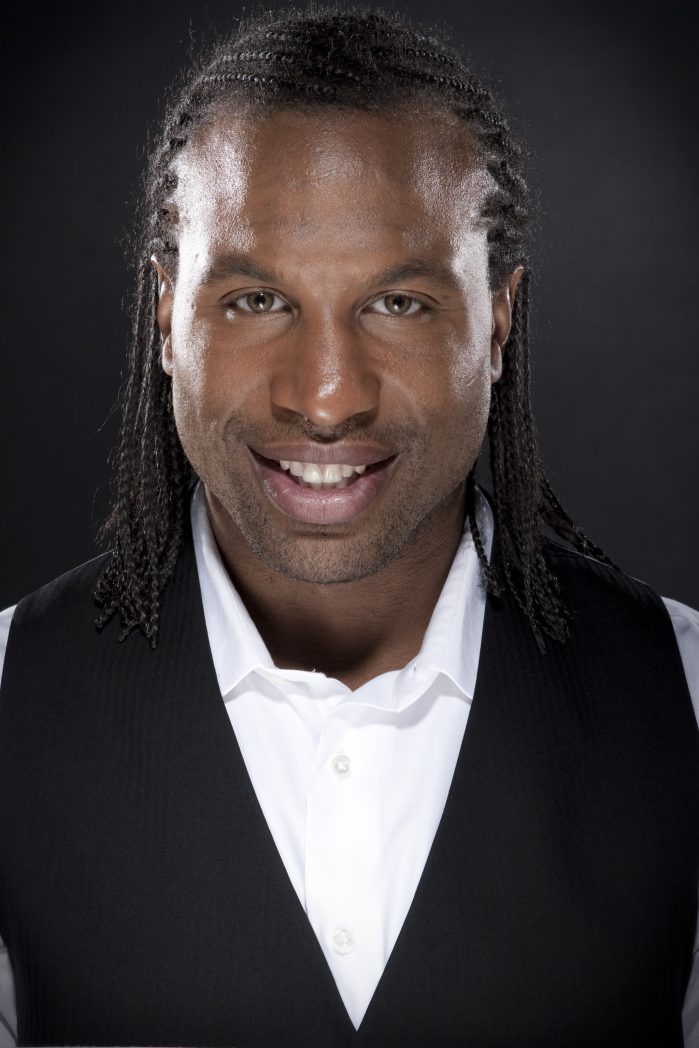 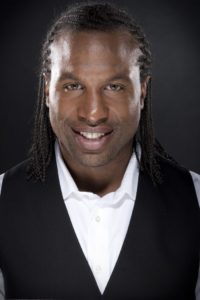 Georges Laraque was awarded the ‘Best Fighter’ award from The Hockey News in 2003, named the number one enforcer by Sports Illustrated in 2008, nominated as one of PETA’s World’s Sexiest Vegetarians of 2009.

He was once “The toughest guy in the NHL” and is now an advocate for the ethical treatment of animals, gay rights and relief efforts in Haiti. He is an investor in Montreal’s raw food restaurant Crudessence. Georges has joined forces with World Vision Canada to re-build a hospital in Haiti, he is the champion of a handful of notable charities and causes and the most recent deputy leader of The Green Party of Canada.

Almost as importantly, he’s a really sweet guy who laughed at all my jokes and pretended not to be scared when I asked him if he was single under the guise of public interest.

SV – Had you any previous experience in governmental politics before your involvement with The Green Party of Canada?

Georges –
None. But when I started doing conferences and talking about the environment and the meat industry the Green Party of Canada saw the kind of people I was attracting, and they approached me and asked if I would like to be a member.
After that, when Jacques Rivard left as deputy leader, Elizabeth May came to Montreal and asked me if I would be interested in being deputy leader and to work with her. It was an honour.

SV – Were you nervous about taking that on?

Georges – If you become deputy leader you should run but I’m not ready to do that. My energy is in the hospital and helping Haiti right now. Maybe in a couple years I’ll be ready for it. In the meantime I can do something more important than just telling people vote Green.
I can tell them to vote.
41% of people in Canada don’t vote and it’s embarrassing.
Most of those people who don’t vote are the youth. They don’t like politics; they don’t understand it or they find it boring. I don’t talk like a politician.
If I can get more people to vote it’s already better for Canada. If I can get people to be more green we’re all winners. At the end of the day there will be more people voting green because the youth have a tendency to vote green, because they are living it. Our kids’ kids will suffer from the environment we are leaving them. They’re conscious of it and want to make a difference.

Georges – No, after the documentary Earthlings I did it 100%

SV – Do you feel like it changed your general perspective on a daily basis?

Georges – There were a lot of things that I saw in the documentary that I didn’t know. I saw animals in a place bad for the environment and bad for the health. After that I decided that I was no longer going to support those industries, so I decided 100% to become vegan.
I had high blood pressure and asthma, and just changing my diet curved those things.
It was so good for me that I didn’t just change but I decided to do conferences all along Canada showing the documentary to hundreds of people at a time – investing my own money to get people to watch it and open peoples conscience and their minds to make better ethical decisions in their lives.

SV – Was there something in particular that spoke to you about the film?

Georges – Everything. The film is so precise. It shows how animals suffer their whole lives to end up on our plates, how bad it is for our health, how modified the meat is…everything.

SV- Have you seen the articles about the cultured or processed meat that is being produced in labs for distribution and human consumption?

Georges – I think it’s insane. You see more and more testimonials of people that are sick that go vegan and cure themselves of cancer and diabetes and others.
I think now society sees more and more examples of how when you eat healthy you don’t need to take pills. Obviously it’s a billion dollar industry that needs to be supported. The doctors need us to get sick to get paid.
They want people to drink milk because it rolls the economy but most people know now that milk is bad for you
Go look on line at all the testimonials. If you know that people are curing themselves, why not prevent getting sick instead of being sorry after. Be healthy now.

SV –At 6’3 and 260 lbs I’ve heard you referred to as “The Montreal Canadians tough guy” “the true heavyweight in the NHL” and “Big Georges” etc… I think it’s safe to say that you have dispelled the myth that vegans are weak and unhealthy. Are there any other common misconceptions that people have about vegans?

Georges – It’s interesting because a lot of people who talk on behalf of veganism are small and skinny. It’s important for me to show that you can keep your muscle mass and be strong and healthy.
Actually I did some testing at the cardiology institute and I was stronger and a better athlete after becoming vegan. It made a huge difference on my performance, my cardio was better and…

[I’m not sure what he said right here because the recording isn’t clear. It may have been wishful thinking. I may have been projecting but I could have sworn he said his libido went up.]

after just six months of training. I knew I was going to do it so what I did right away was test it so I could have physical evidence.

SV –What advice or words of encouragement would you give to people who are just embarking on or are curious about trying a vegan lifestyle?

Georges – If you want to be vegan it’ s easy.
The first point I talk about is animal suffering.
I talk about how animals suffer to end up on our plate, how a lot of the time they are still alive when they go to the cutters, about what they think would happen if the slaughter houses had windows, if people could see. Would they eat more meat? Could you kill your own meat?
We kill 53 billion animals a year and we kill 19 thousand animals per minute for scientific experiments. That’s sick.
The second thing I talk about is health.
Animals today are injected with pesticides and all that stuff that contributes to cancers.
Why do you want your body to be using 80% of your energy continuously all day long just to digest meat? If you’re always tired and can’t sleep and you’re always sore it’s because your body has to work to produce so much mucus to digest milk and has to work so hard to digest meat.

And then there’s the environmental point of view.
We know that the meat industry is responsible for 20% of the problem with global warming. We know that it takes 8lbs of grain to produce 1 lb of meat. We know that there are billions of people in the world who are dying of starvation but instead of feeding them we’re feeding animals. That’s crazy.
We’re cutting down forests to be able grow grain to feed animals. We have a water shortage and we are using it for meat.
From an environmental point of view it just doesn’t make sense.

SV – Do people ever accuse you of being an extremist or of using shock tactics? What do you say?

Georges – I ask them if they watch T.V. or read the paper. I don’t even look at the news or papers anymore because that’s all it is… Shocking images. Every day society is feeding on the papers and on TV. It’s all you see and it gets people’s attention, so why is talking about what’s going on with animals too shocking? I’m showing you the truth.
When I say that, usually they change the subject.

SV –Do you have a favorite food you would suggest to somebody who is trying vegan for the first time?

Georges – Well, my restaurant is different…

SV –Ha! I knew we were going to talk about your restaurant!

Georges – It depends on who I talk to because I don’t want to scare them away with food. I want to make sure that when they eat something they like it.
If you want to convert a carnivore don’t bring him* to a raw food place. It’s too green right away. He is going to eat it and it’s so much nutrience that your body doesn’t recognize. They might think, “that’s not for me” or “that doesn’t work for my body”.
If we’re talking about a full carnivore I think a vegan chili or something like that.
If the person is already vegetarian I would suggest more green stuff.

SV – Tell me about Crudessence.

Georges – When I decided to become vegan there were a few vegetarian restaurants in Montréal that asked me if I wanted to be part owner and I went with Crudessence because raw food is the healthiest food you can eat. It’s all about maximizing health.
At Crudessence the food is all-organic. There is no gluten, no peanuts and no processed soy. I wanted to be a part of a place where I know that everyone can go, even people with allergies.

SV – What’s the must-try dish on the menu?

Georges – The most popular thing served there is probably the Om Burger. It’s made with mushrooms, tomatoes, sprouted grains, avocados and a bunch of other good stuff.

For more info about the charities that Georges is involved with:

*I swear, I didn’t mention my boyfriend once! 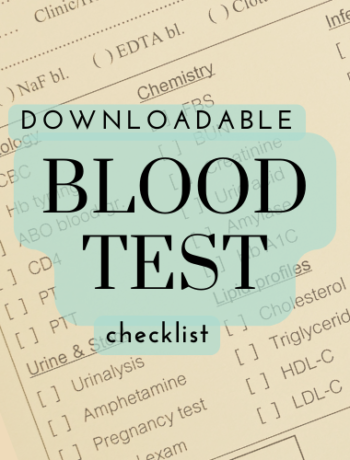 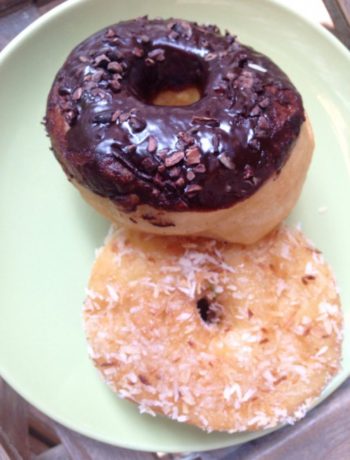