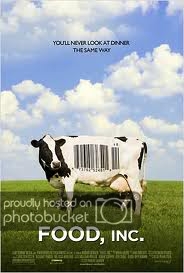 Yesterday I tricked my meat munching boyfriend into watching Robert Kenner’s Documentary Food Inc with me.

The film examines the industrial production of meat (chicken, beef, and pork) grains and vegetables (primarily corn and soy beans), the heavy use of petroleum-based chemicals (largely pesticides and fertilizers), and the promotion of unhealthy food consumption habits by the American public.

The film was full of things that I already knew, some of which inspired me to become a vegetarian 22 long years ago, and others that I did not.
I had no idea that there is a virtual soybean mafia, that so many politicians are connected to the FDA and other inspection services or that Tomatoes are ripened with ethylene gas?

An alliance of food production companies led by the American Meat Institute created the website SafeFoodInc.org in response to the claims made in the film.

Unless I misunderstood, the SafeFoodInc.org is encouraging people to take a stand against the school board for showing both the documentaries Food Inc and Al Gore’s An Inconvenient Truth.

Also boldly stated on their site,

“We are proud of the way we care for our animals, our employees and the environment. We are also proud of the nutrition, safety and good taste that our products offer.”

Even more sad is the patronizing fashion with which the writers for SafeFoodInc actually address their readers, and insult their intelligence as though they are stupid enough to believe the crap they post. Such as, their repeated reference to Locally grown, Organic and Natural food as a “niche” and referring to commercial broiler (chicken) houses as comfortable and productive environments.

Comfortable and productive environment. Sounds like a co=op condominium. I wonder how many of them would be willing to spend a night in one of those “houses”.

In response to the question “Is corn an unnatural diet for cattle? Is it only fed to cattle because it’s cheap?”
SafeFoodInc responds “Corn feeding isn’t new, it’s just more sophisticated”

They include a few other incriminating questions that they aren’t able to give a straight answer to, which leaves one two wonder why they posted the question in the first place but honestly… look who we’re talking about; but don’t actually have open comments where real people can ask real questions or express real concerns.

Food Inc wags a finger in the face of McDonalds for starting the whole food factory/mass production trend in the 50’s and at the whole agri-system for basically making it impossible for low income Americans to be able to feed their family’s a healthy diet of clean meats, locally grown. organic fruits and vegetables and dairy products that aren’t contaminated with hormones, pesticides and antibiotics.

The film has been met with plenty of controversy but interestingly enough, when the producers invited on-screen rebuttals from Monsanto Company, Tyson Foods, Smithfield Foods, Perdue Farms, and other companies, all declined the invitation.

On a personal note, my boyfriend loves meat, fast food and documentaries and hates the government so I thought that rather than arguing relentlessly or making passive aggressive insinuations about his choices, I’d let Robert Kenner enlighten him on how what he is eating is basically government endorsed, mass produced, petroleum-based, diabetes inducing evil.
Surprisingly, Franky was pretty receptive and the film sparked a really interesting conversation.

Will this stop him from eating hot dogs and poutine for supper? Maybe… for a few days at least.

Mostly it just inspired me to save up enough money to get out of this city and move to one where the houses aren’t stacked on on top of the other, so I can grow and ripen my own tomatoes, with real sun. 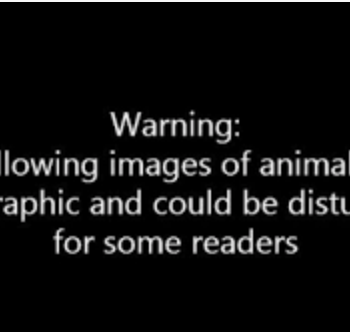 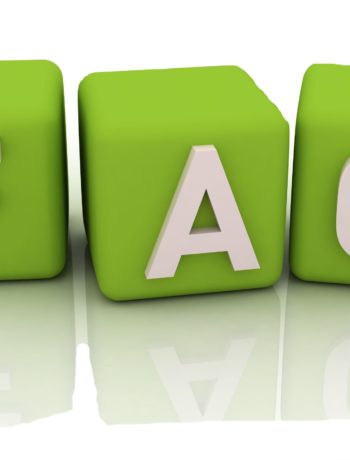 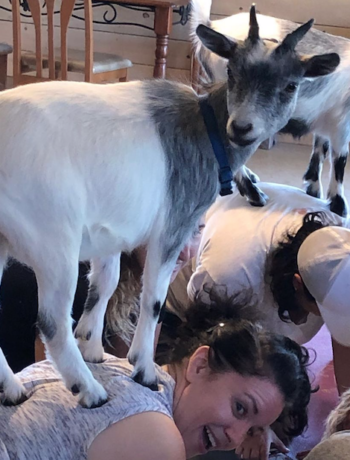