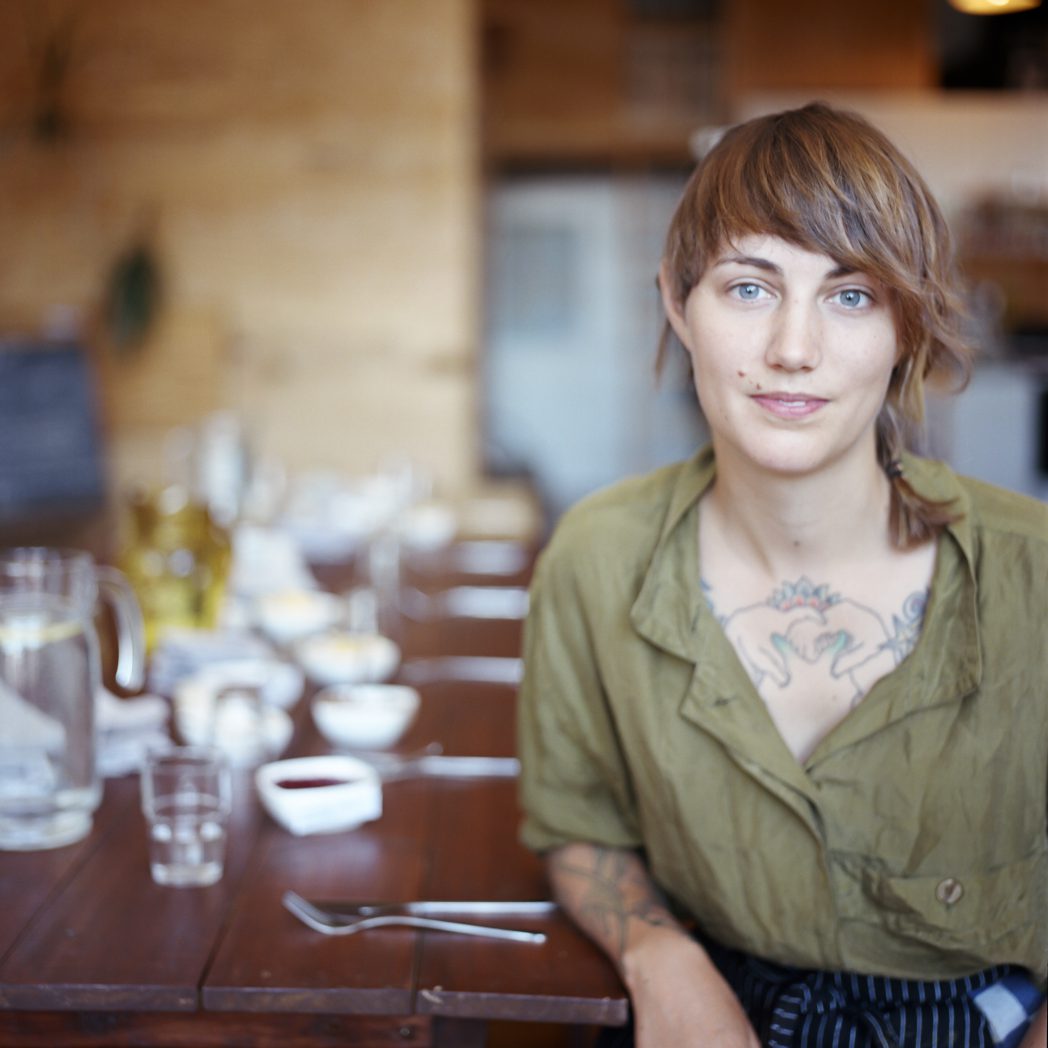 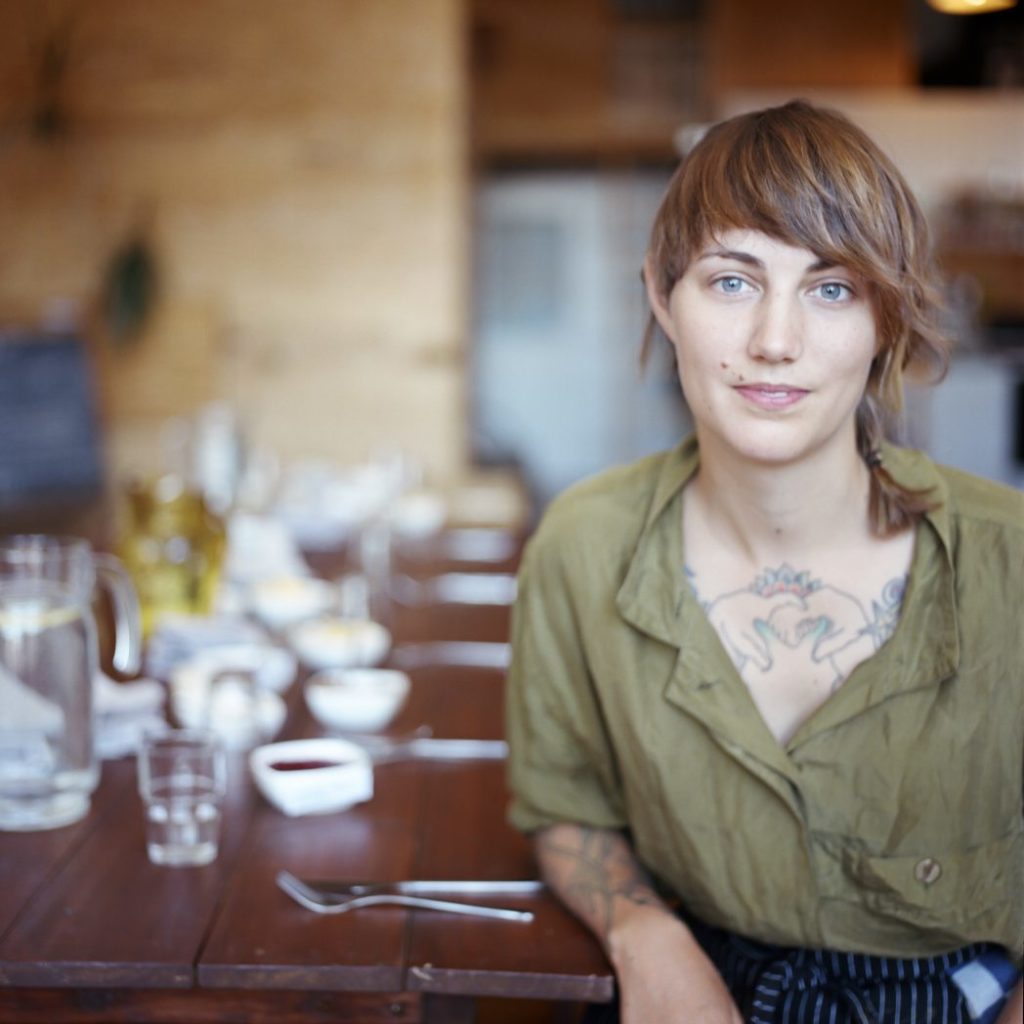 I have had the absolute pleasure of attending, two of these suppers and both experiences were absolute bliss.

The food was 5 star; from the local and organic ingredients, to the sophisticated matching of flavours and beautiful plating. Chef Mérida is an artist and a culinary genius.

That’s right, I said it.

And, while people would expect to have to make reservations at a stuffy uptight restaurant to enjoy this kind of fine dining, the ambiance and personal touch of doing it in somebody’s comfy cozy home ensures that you are relaxed and mindful for every delectable bite of it.

Jennifer June: I think what impressed me most, other than how delicious the food is that you make, is how incredibly creative you are with it. You mix ingredients that so many people would never even think of combining.

I heard through the grapevine that you are self-taught. Is that true?

Chef Merida: Yes I have had no training. I worked on call in a vegan restaurant in Vancouver at one point in an on call position but that’s about it.

Jennifer June: Are there any vegan chefs in particular that inspire you?

Chef Merida: Is it bad if I say no? Not that much vegan food ever inspires me actually. My brother is a chef in Vancouver and if anything he has inspired me in the past, though he is very much meat based he has made me some of the most beautiful food I’ve ever experienced. I’ve had a few dishes at Pure Food And Wine in New York that have been quite exceptional though.

Jennifer June: I don’t think that’s bad at all. In fact I find it rather heartwarming. What inspired your Vegan Secret Suppers?

Chef Merida: I was traveling in the east of Canada right after I had broken both my wrists and had basically lost my design business because of it, and I didn’t know what I was going to do next. In Halifax I went to a friends house who was running a secret cafe and I was so inspired I came home and told my roommate of our tiny little attic apartment that I needed to start a supper club, that it was totally cool if she wasn’t into it – no pressure – but I was gonna move out and find somewhere else to do it… she agreed and actually has started one since with her partner in our old house in Vancouver. 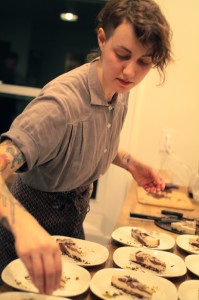 Jennifer June:
Since my original decision to convert to vegetarianism and then later to a vegan, my reasons and motivations for doing so have changed.

How long have you been a vegan, what was your motivation and how (if) has your philosophy evolved since then?

Chef Merida: I was vegan when I was 16, and at that time the reasons were very different. It’s an ever changing philosophy for me.

Chef Merida: It’s hard to answer that because I was so young when I was vegan that I can’t tell what would have been different if I wasn’t. I would say my life is more different now, though I cook vegan, the majority or diners are not. I would say New York has the most vegans who come to VSS. I, myself am not surrounded by anyone vegan anymore. I didn’t think about it when I was younger and everyone around me in the punk scene was vegan, it is the opposite now in my community.

Chef Merida: I like to only ask people to be aware of what they are eating and where it’s coming from. Having respect for your food and the knowledge of what it takes to make/produce something. Try growing a small garden or even a tomato and connect with your food.

Jennifer June: What is one of your favorite vegan indulgences?

Chef Merida: I’d have to say Lula’s Sweet Apothecary in New York. Cashew soft serve is all I ever want!

Jennifer June: Usually I ask our interviewees to recommend a good vegan-friendly restaurant in their city but considering you travel (and feed people) in Brooklyn, Vancouver, AND Montreal…. 3 of my favourite places in the world,

I was hoping you might be able to recommend one in each city. Please say yes.

Chef Merida: Vancouver I used to recommend this little place called grub which wasn’t all vegan but always had a vegan main and dessert that changed all the time but it burned down! So I guess I would maybe say Fassil, which is an Ethiopian place in Vancouver on Broadway close to Fraser that has been my long time favorite.

In Montreal I would say Jardin du Cari. It’s a small place in the mile end run by a couple who has been around for years. They have this amazing veg roti with pumpkin and this Limey hot hot hot sauce that I love!

New York is a bit harder! There are a lot more vegan choices! Defiantly Lulas for ice cream! I think my favorite food is noodle soup so I may be biased but there is a place called Kokoron near Mott street, a soba place that has a vegan menu and the best soba soup I’ve ever had. They also make their own fresh tofu which is amazing.

Jennifer June: Also, can you just permanently put me on the VSS in-list for all three cities?

Okay yes really, can you?

You don’t have to answer that.

I’m pretty much going to start showing up to all of them from now on, and just cry if you won’t let me in. Is that too much?

Don’t answer that either.

Chef Merida: Yes. Hahaha I do have some people on more than one list for sure. I am actually planning a tour of sorts but it’s still in the epic planning stages…so I can get to more than three cities! 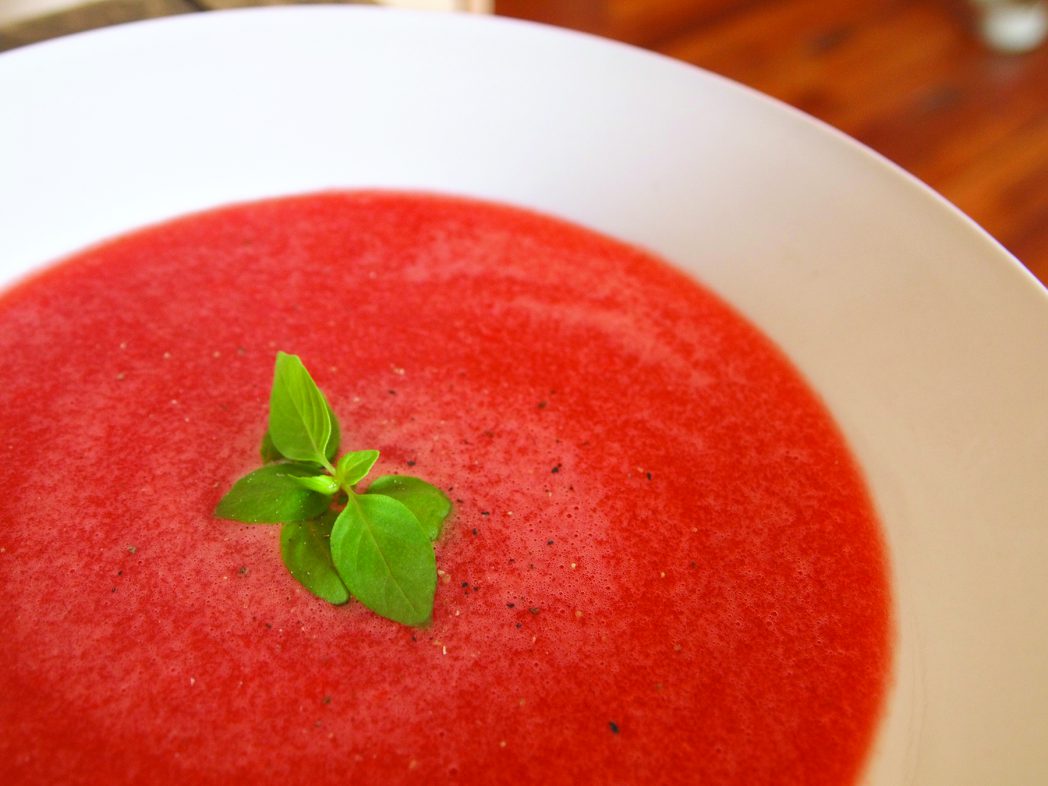 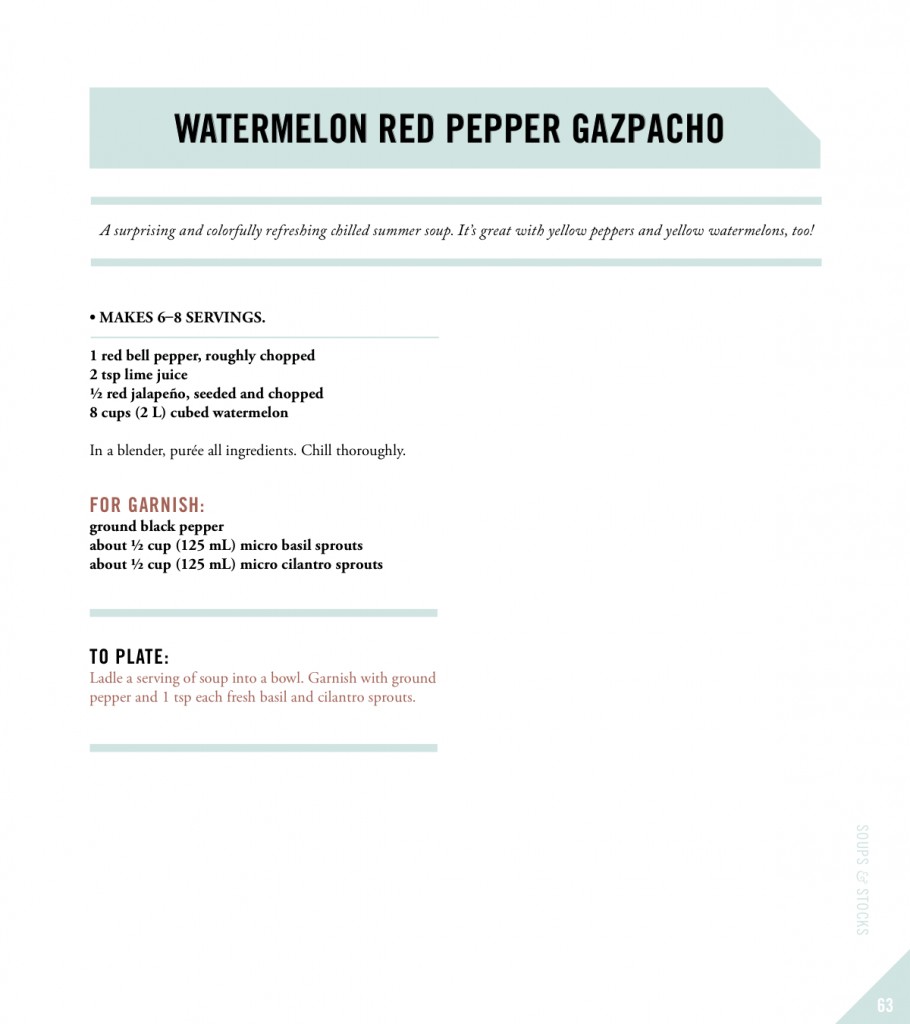 ********
A huge thank you to Chef Merida for taking time out of her super crazy busy schedule for this interview and also for being so fabulously inspiring and deliciously creative.

If any of you readers are living or visiting in an area where her Vegan Secret Suppers are being hosted, I STRONGLY encourage you to get on her mailing list to keep yourself updated on upcoming events. 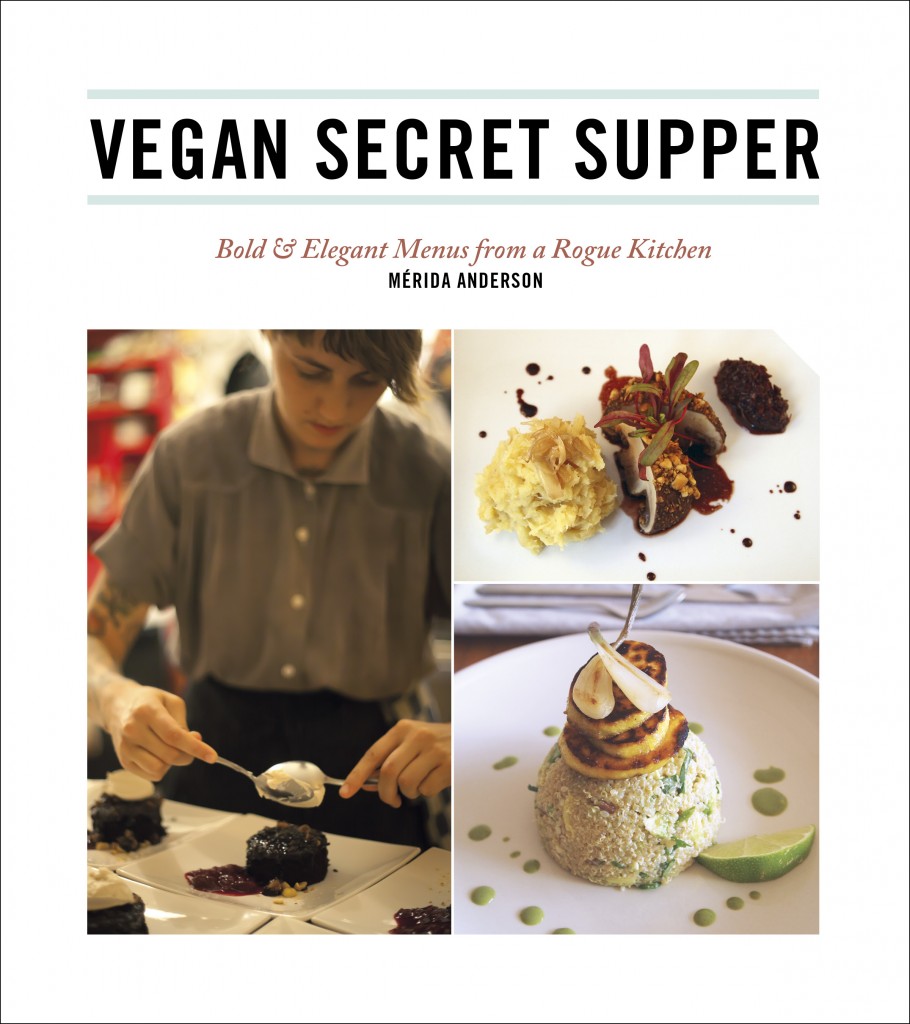 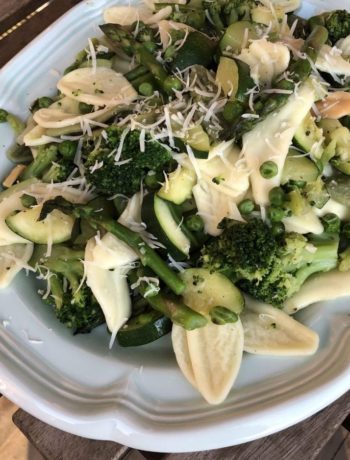 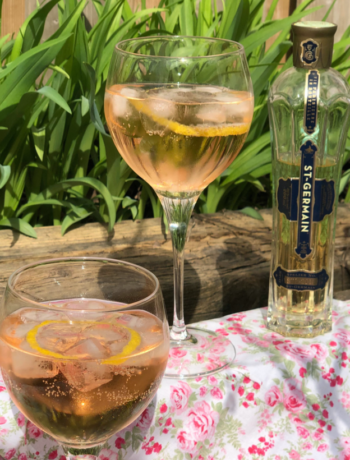 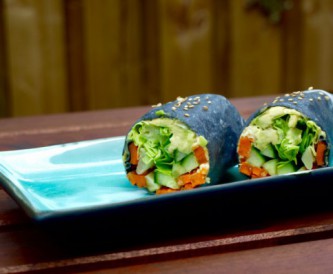