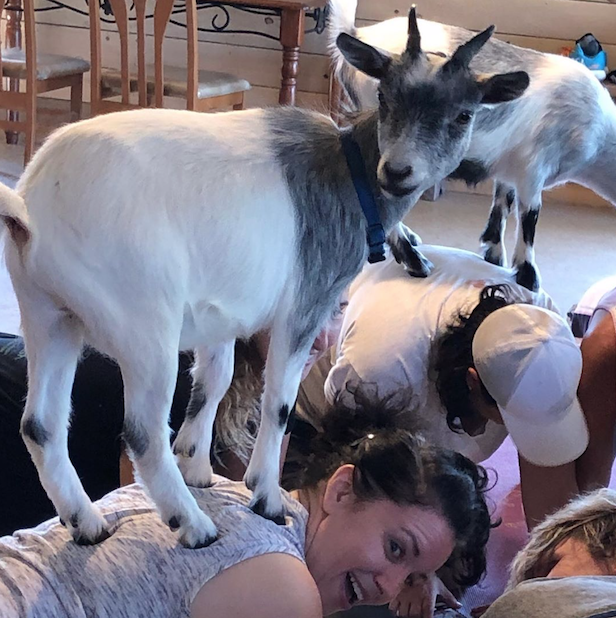 LOOK AT WHAT HAPPENED!!!

This weekend was my birthday and as a super secret surprise, my girlfriend and two of my daughters (the third would have been in on it in a heartbeat, if she weren’t on the other side of the country) instructed me to dress “casual, like as though you were going to do some light exercise. Oh and bring your water bottle” and took me for a drive.

If I’d known it would have been an event where I’d not only be seen by other humans….

I probably wouldn’t have done my hair as though I was going for a run down a remote, abandoned country road…

But I didn’t know. And I did give myself double side ponytails.

And I don’t even care because OMG they brought me to an animal sanctuary, FERME DU DOMAINE QUINCHIEN,  where we did yoga…

I’m not going to pretend I wasn’t scared of their weight, or their tiny hooves, when I saw them jumping on people, which they seem to LOVE doing. Seriously, the minute a person bends over, there’s a goat on their back!

But it turns out it feels pretty good. like a massage even. Plus it makes your heart feel full of love and your soul too.

There are so many beautiful animals on this little farm, including abandoned and rescued deer, pigs, horses, llama, emu, ducks, chickens, rabbits, sheep and cows, and a baby calf named cookie, who was rescued from becoming veal.

I didn’t stay with those feelings of confusion long, the wheels started turning in my head, inspired to seriously start looking at bigger and better ways that I can actively help make a difference for these animals and as many of the others out there that I can. 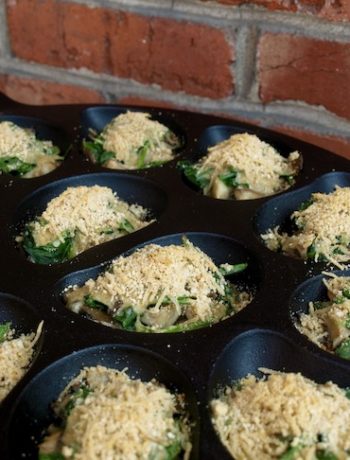 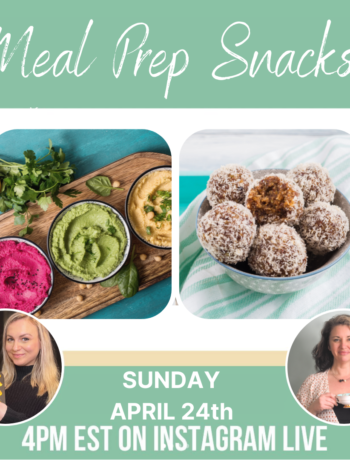